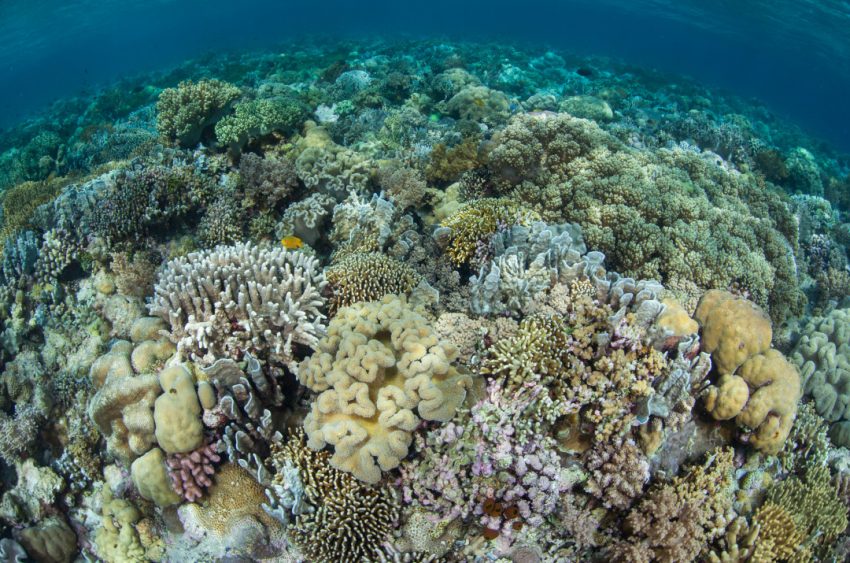 Wakatobi is a national marine park located in Southeast Sulawesi, Indonesia. Did you know, the regency of Wakatobi is an acronym of the islands comprising Wangi Wangi, Kaledupa, Tomia, and Binongko? Wakatobi is world known for its underwater diversity with the highest number of reef and fish species ever recorded. There are over 750 different species of coral and 942 species of fish. Jacques Cousteau named Wakatobi as the finest diving site in the world and called it an ‘underwater nirvana’. Dive spots like Coral Garden, Cornucopia, House Reef, and Rome are some of the most favorite dive spots among divers. Pristine coral reefs, walls, critters, turtles, rays, and sharks, Wakatobi has sites suitable for all levels of divers.

But if you’re not a diver, can you still enjoy Wakatobi just as much? Worry not because there are plenty of other things you can enjoy doing other than scuba diving. From cultural heritage villages, white-sand beaches, to some unique Wakatobi cuisine, here are some fun things to do in Wakatobi:

1. Meet with Bajo Tribe
Bajo Tribe is also known as “sea gypsy”. They build simple houses using wooden stilts above the sea water. Many of them are sailors, fishermen or free-divers with unbelievable skills to over 25 meters depth. Some of the Bajo tribes that inhabit Wakatobi include the Bajo Sampela, the Bajo Mantigola, and the Bajo Loha.

2. Island Hopping In Wakatobi National Park
Don’t miss the opportunity to visit the islands of Wakatobi. Enjoy the white sandy beaches and crystal clear water while scuba diving or snorkeling. Go to Nda’a Island & Hu’untete Beach for a private beach experience or watch the dolphins in their natural habitat. Above water, enjoy the luscious green panoramic view from a height on your afternoon hike and maybe visit heritage sites and fortresses in Wangi-Wangi like Liya Togo Village.

3. Climb Bukit Kayangan Or Puncak Kahianga in Tomia
Bukit Kayangan located on Tomia Island is the perfect location for a picturesque panoramic view of the island.  Just where you need to be for sunrise, sunset, or even spend the night camping and enjoy stargazing. Interestingly, many ancient coral fossils were found on this hill. Scientists thought the hill was once the base of the ocean.

4. Try the delicious Wakatobi cuisines
Some of the local food that you can try; Kasuami, a substitute for rice made from grated cassava shaped like a small cone and then steamed. It’s served hot with parende, a fish soup made from red snapper. Luluta, a grilled sticky rice wrapped in bamboo leaves inside a bamboo trunk. Seafood is common in Wakatobi and it’s just the best because it’s so fresh. Food is part of the culture so it’s definitely a must try when you visit Wakatobi.

5. Kontamale Water Cave, Wangi-Wangi
Kontamale Cave is a fresh water spring. According to the locals, the cave has been around for hundreds of years. It’s one of the famous destinations in Wangi-Wangi in Wakatobi. You’ll find stalagmites on the cave’s ceiling and the refreshing clear blue water. It’s commonly used for bathing but if you plan to swim,  be aware that some of the areas are a little deeper. ⁠

6. Sombano Lake, Kaledupa
Sombano Lake is located in Sombano Village, kaledupa. The clear saltwater lake is surrounded by dense mangrove forests and filled with blood-red shrimps floating in the bottom of the lake that can be seen from the surface. Although swimming is allowed, The lake is considered sacred by some villagers. They believe that there’s a mystical black crocodile residing within the lake. Would you dare to swim?

There are so many other things to do in Wakatobi that will keep you busy. Best time to visit is almost all year long, during March to December, with tropical weather temperatures around 32℃ and water temperature may fluctuate between 25-30℃ depending on the month. During the coral spawning season, July to September, the temperature may be on the lower side.

So, how to get there? There are several domestic flight options from different locations in Indonesia. If you are an international traveler. You could take the flight to Jakarta and take a domestic flight from Jakarta for 2 hours 50 min transiting in Kendari. Then it will be another 45 min from Kendari to Matahora Airport in Wakatobi.

If you are interested in going to Wakatobi for your next trip, we have a few options from private scuba diving or leisure trips, backpacker trips, to liveaboard trips for you. Click here to find out which suits you best. Start planning your next trip to Wakatobi. Safe travels!

50 thoughts on “Things to do in Wakatobi”

Try Freediving Course is for you who wants to lear

Had so much fun during the last Raja Ampat trip be